From the foundation of the company in 1930s Nissan Motor Company produced both Datsun and Nissan-branded vehicles. However, according to the company’s policy, it was Datsun that provided cars for export markets and required a recognizable logo to advertise them. A simple yet clever logo was introduced — a blue rectangle with Datsun inscription in white letters, embedded into the red circle, reflecting the sun. It was a Japanese symbol and Datsun cars quickly became associated with the land of the rising sun. Nissan-branded vehicles mainly targeted the Japanese car market and a modest Nissan wording was sufficient.

The company’s designers experimented with fonts and colors, but it was not before 1984 that Datsun division was discontinued and Nissan inherited the blue and red emblem. Slight changes were introduced to the logo and the company went on with using virtually unchanged emblem that had been active since 1932. However, the company was looking for new identity and a more elegant badge to keep up with the times.

The new logo was introduced in 1988 as the blue color was replaced with grey and the red circle turned silver. A stylish Nissan font was used as a logo from 1989 to 1990. Shifting back to the rectangle and a circle in 1990 Nissan painted the logo black and white. The circle merged with the horizontal block. After the company’s takeover by the French automaker Renault in late 1990s, Nissan was going through major restructuring to make it through financial difficulties. 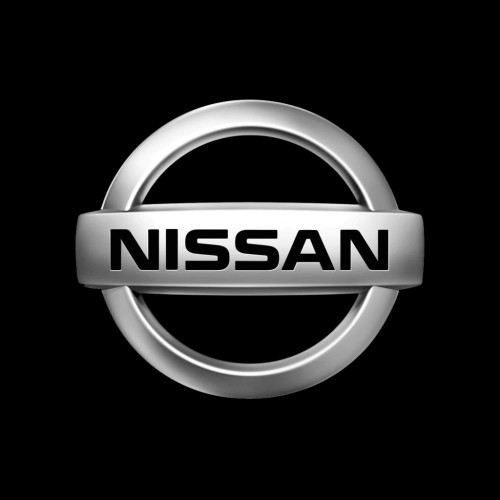 The new emblem was part of this process as the stylish and modern silver and black logo guided the company into the new era.

The circle and rectangle disintegrated to add sharp and elegant look.

The latest update from 2012 saw the logo acquire gradient shades of silver and grey. Matched with the company’s new slogan, ‘Innovation that excites’, the emblem reflect the brand’s new identity but refers to long-standing traditions. Today Nissan cars are recognized for quality, innovation, elegance and have leading positions in many global markets. 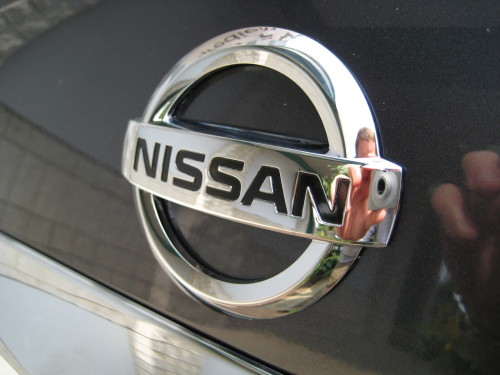 One of the global leaders in car manufacturing, Nissan inherited the logo from its predecessor and sister company Datsun in 1984, replacing ‘Datsun’ inscription with ‘Nissan’ one. Ever since their emblem has consisted of a horizontal block with the company name, embedded into a circle. Several updates turned it into the emblem, recognizable around the world. The silver elegant sign is associated with Japanese quality, innovation and elegance and powers the company to success.

Shape of the Nissan Symbol 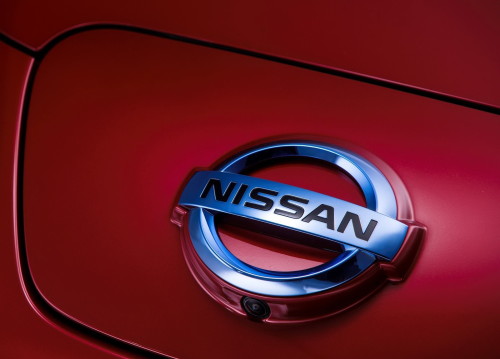 Like its predecessors, the present Nissan emblem features two simple geometric shapes — a horizontal rectangle with Nissan inscription and a circle overlapping it. This has been a trademark shape of Nissan logos since the introduction of the first Datsun logo back in 1930s.

Color of the Nissan Logo 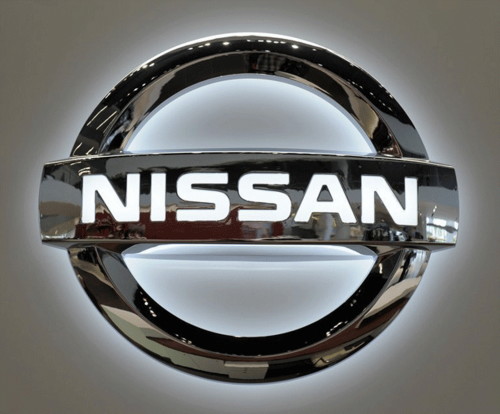 The present Nissan logo is designed in different shades of silver and black to highlight excellence, sophistication, modernism and creativity of the brand. The word ‘Nissan’ inside the logo features the black font. 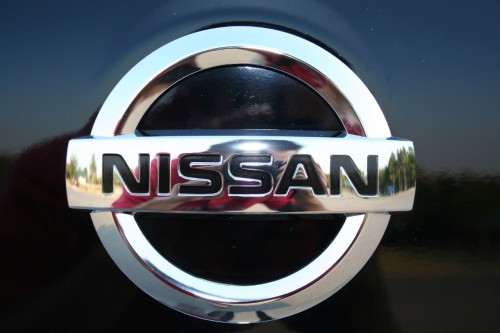 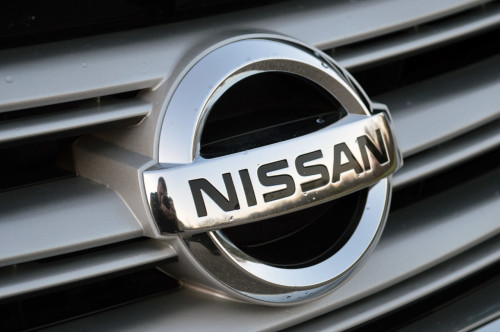 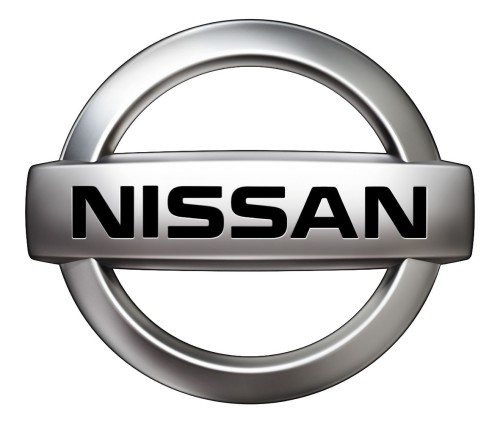