Mitsubishi keiretsu, one of the largest Japanese industrial groups, embarked on producing automobiles as early as in 1917. Their first vehicle Mitsubishi Model A, based entirely on Fiat Tipo 3, failed in the market due to high prices. Another prototype Mitsubishi PX33 was built in 1933.

Although it didn’t succeed in the market either, the vehicle proved to be the first Japanese car to feature full-time four-wheel drive, something that went deep into the company’s DNA and later helped them to stand out among other manufacturers. Small sedan Mitsubishi 500, introduced in 1960, was the company’s first mass-market model that triggered further development.

In 1970s Mitsubishi cars went on sale in the United States under Chrysler and Dodge badges. Sales boosted after the 1973 oil crisis as the Japanese company was able to offer economical and reliable vehicles. Mitsubishi Motors has had alliance deals with many car manufacturers, including Daimler Chrysler, Volvo, Peugeot Citroen, Volkswagen, Proton, Hyundai and others. Today it is mainly known as a manufacturer of off-road vehicles and SUVs, as well as compact cars, mainly targeted at home market.

Its most notable SUV Mitsubishi Pajero (also known as Montero and Shogun), launched in 1982, has become an icon all over the world and has won numerous titles in Paris Dakar Rally and other events. 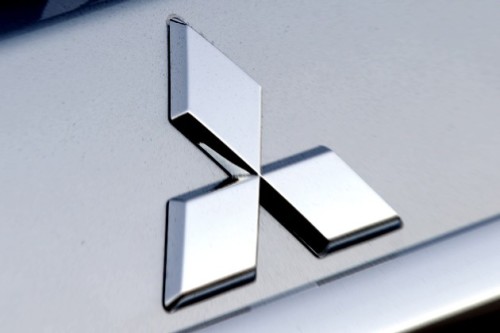 Throughout the history of the company, it has been closely associated with a recognizable emblem often referred to as ‘The three diamonds’. Composed of three red rhomboids, the emblem refers to family crests of Yataro Iwasaki, the company’s founder, and Tosa clan, his first employer. These crests were merged to form what became a symbol of the industrial giant Mitsubishi. Rhomboids, used in the first logo, faced the middle of the symbol and were united by a small circle.

The diamonds, forming the logo, used since 1964, changed their shape slightly. Two rhomboids are now forming the basement of the emblem, as if supporting the third one, which is positioned vertically. The figure forms a triangle of integrity, success and reliability, the values cherished at Mitsubishi Motors and appreciated by its loyal clients. 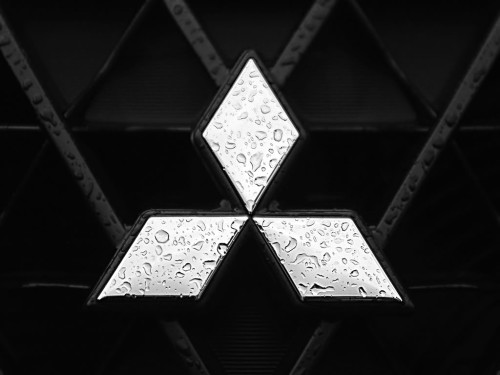 Mitsubishi logo is basically a combination of three red rhombuses, often referred to as diamonds, connected in the middle. The emblem originates from Iwasaki family and Tosa clan crests. The iconic logo has not changed since 1964 and remains one of the most recognizable emblems in the world.

Shape of the Mitsubishi Symbol

The iconic logo of the Japanese company is composed of three equal rhomboid-shaped figures that form a triangular image. The top rhomboid is placed vertically, facing upwards, while the other two form a basement of a triangle. All three diamonds are connected in the middle, symbolizing integrity, reliability and success.

Color of the Mitsubishi Logo

The three diamonds forming the Mitsubishi emblem are designed in vivid red color. It is meant to symbolize passion and excitement of both manufacturer and owners. Mitsubishi Motors inscription below the logo is designed in black letters. 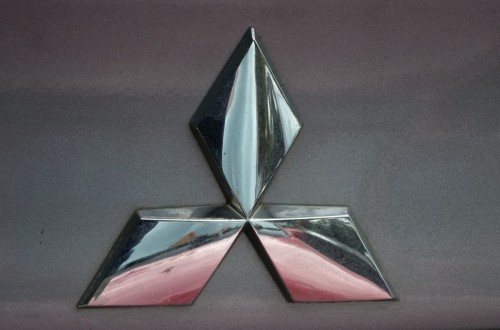 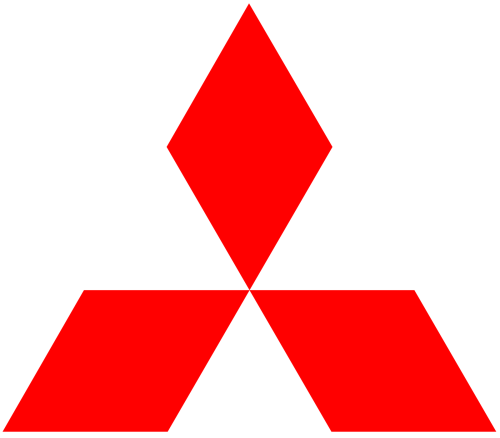