Mazda was founded in 1920 in Hiroshima by Jujiro Matsuda and has gone through up and downs to become an established car manufacturer. In the first decades of the company’s life Mazda engineers were looking for opportunities to get recognition in automotive industry, yet it was not before 1960s that they decided to concentrate the efforts on alternative powerplants, namely the Wankel rotary engines. It proved to be a good idea as Mazda boosted the sales and expanded to foreign markets, including the North America.

However, as the oil crisis struck the automotive world in 1973, the demand in vehicles powered by rotary engines suffered a major decline due to poor fuel efficiency. That caused setback in Mazda expansion and the company was forced to sell a big stake to Ford Motor Company. The Japanese car manufacturer went on to engineer mass-market models but did not write off completely the idea to stand out with the Wankel engine-powered vehicles.

That resulted in building the legendary RX-7 model that became a favorite among professional and amateur racers. The company’s all-time bestsellers include Mazda 323, Mazda 626, Mazda Millenia, Mazda 3, Mazda 6. Mazda cars are known for high quality and exceptional driving experience, best tracked in sporty models, such as MX-5 Miata. 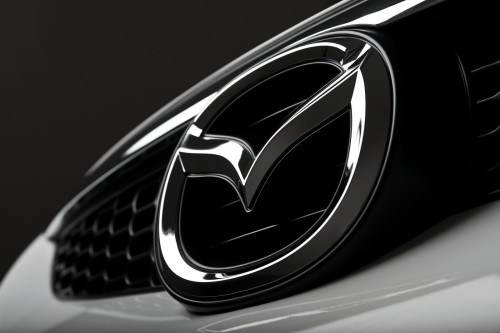 The very first logo used on Mazda vehicles was merely the company’s name written in specific font. However, the following emblem, used from 1936 through 1962, became a true logo as it featured three M letters, placed above each other. They stood for Mazda Motor Manufacturer and symbolized the three mountains of Hiroshima. It was later replaced with another stylized black M letter placed inside a circle. In 1975 Mazda started using the brand’s name as a logo again, but designed a custom font for that matter. In 1991 the company adopted a completely new emblem that represented a sun and a flame placed on red background.

However, it resembled a diamond-shaped Renault logo and had to be updated soon. The sharp edges of the diamond, representing the flame, were smoothed, which made it look like the company’s trademark rotary engine. Yet this logo did not stand long as five years later the new one was introduced. It was a stylized M letter inside an oval shape, representing the company and the sun. It also looks like stretched wings, symbolizing the brand’s philosophy of aspiring to the future and freedom of expression. The logo is accompanied with the brand’s name right below it, written in blue letters and copying the logo from 1970s and 1980s. This elegant emblem has been used ever since and has taken the Japanese brand to new heights. 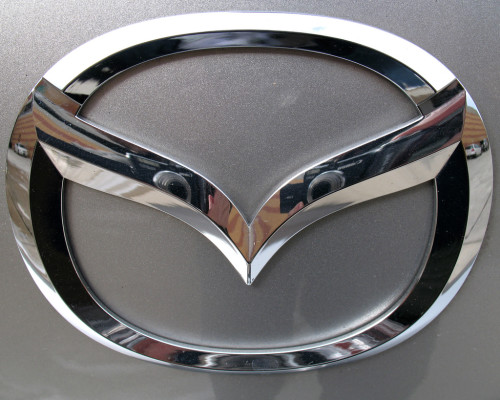 Throughout the history Mazda has had several major redesigns of the logo in search of the one that would best represent the brand’s identity on global market. The current Mazda emblem is designed in silver color and features an effective stylized M letter, looking like a pair of stretched wings.

This image is embedded into an oval-shaped figure and completed with the company’s name below, printed in custom font in blue letters.

Shape of the Mazda Symbol 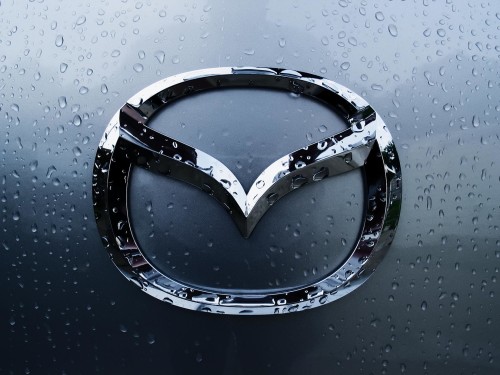 Mazda logo officially represents the deeply stylized first letter of the brand’s name, but its shape is widely recognized as a 3D-model of stretched wings, placed inside an oval. Many people also note that the shape of Mazda emblem resembles an owl, however, this has nothing to do with the company’s symbolism.

Color of the Mazda Logo 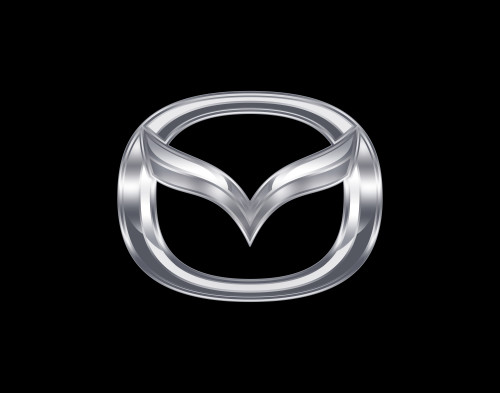 Like most modern car emblems, Mazda logo is designed in several hues of silver color and features black shades. The Mazda inscription below the logo is made in trademark blue color. 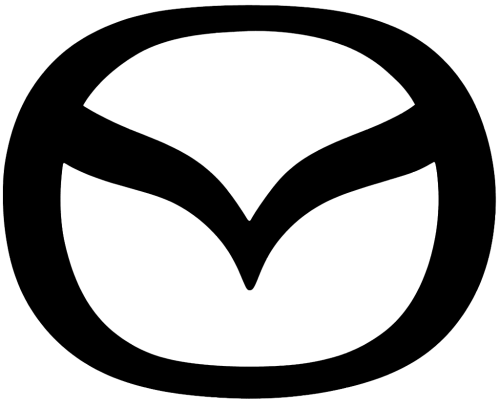 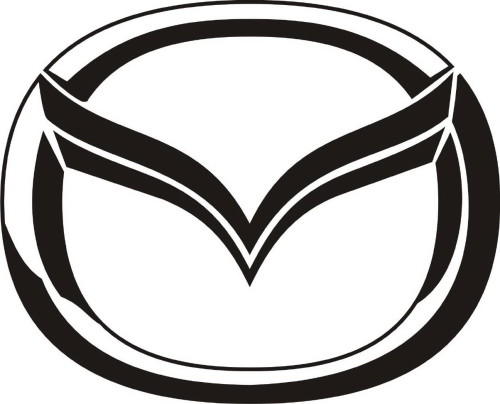