One of the most outstanding automobile companies in the world, Aston Martin has rich history, just like its logotype. Let’s find out what it means, and how it evolved.

Aston Martin brand was established by Lionel Martin and Robert Bamford. The first car, named Aston-Martin, was created in March 1915 by Martin, who installed a 1.4-liter four-cylinder engine Coventry-Simplex on the chassis of 1908 from Isotta-Fraskini. The “Aston Martin” logo appeared in 1920, although the company began its existence in 1913.

Initially, these were two capital letters of the name – “A” and “M”, which crossed and were circled. “Aston is the name of the racetrack on which the company’s Singer car won its first victory. And “Martin”, which is quite traditional, is the name of one of the founders of the company – Lionel Martin.

In 1927, the logo changed dramatically – eagles’ wings were added, which symbolized speed. This element was borrowed from the Bentley logo.

In 1947, David Brown was added to the logo over the words “Aston Martin” in honor of the new owner of the company, but since 1987 this inscription was no longer used.

In 1972, the company continued to experience financial difficulties and was sold to the Birmingham-based consortium Company Development Ltd. In 1987, the next owner of Aston-Martin was the American concern Ford, which bought 75% of the company.

In 1988, producing about 5000 cars in 20 years, the company finally finished production of V8 and provided Virage. In 1992, the Vantage version was announced, and later – DB7.

At the Detroit International Motor Show in 2003, the DB7 heir to the DB9 model was launched and another new model, the Aston-Martin AMV8 Vantage, was announced. Also in 2003 the factory in Gaydon was opened. In the second quarter of 2007, Ford Motor Company sold Aston Martin to a consortium of investors led by David Richards.

In 2017, Aston Martin came with the new round logo, with its diagonal lines forming the letters “A” and “M”, is similar in design to the “Aston Martin” logo, which was used in the 1920s, before the first variants with wings appeared. 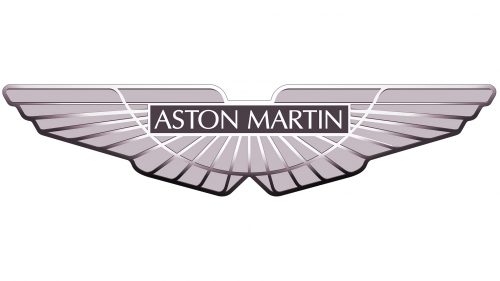 Aston Martin logotype features wings, which symbolizes speed and agility. The ‘A’ and ‘M’ letters stand up for the company name (Aston Martin). The style of logotype is pretty minimalistic and yet looks expensive thanks to use of simple font and silver color. 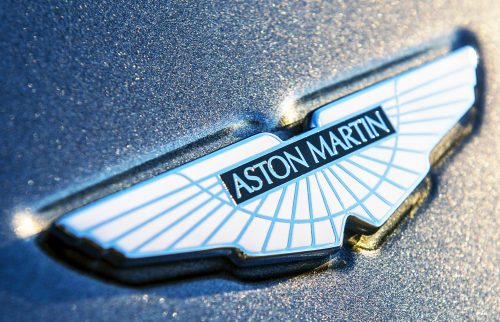