Every year car manufacturers unveil dozens of new models designed to increase sales and demonstrate the latest technologies. And 2016 was no exception. There were plenty of introductions both in classic and emerging segments, such as hybrid electric vehicles or crossovers. However, manufacturers have got to create something really special to lure the customers these days, and here are the vehicles worth being called the best cars announced in 2016. 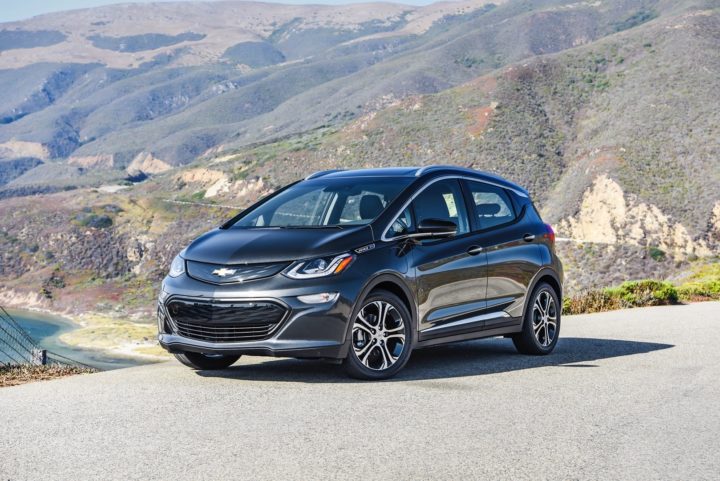 Roughly ten years after the start of Tesla invasion on US market, at the beginning of 2016 American giant GM unveiled their first fully electric car Chevrolet Bolt. The car was developed in cooperation with electronics giant LG and features a battery, motor and drive unit made by the South Korean company. GM claims a fully-charged Chevrolet Bolt, powered by lithium-ion batteries, is capable of covering up to 238 miles. Priced from $37,495 before any government incentives, Bolt will most likely be competing against Tesla Model 3, scheduled for late 2017. In Europe the car will be marketed as Opel Ampera-e.

GM is expected to suffer a loss of several thousand dollars on every Bolt, but it is vital for any big manufacturer to enter the ambitious market of electric cars as soon as possible. Chevrolet Bolt has already won a number of prestigious car awards both in the USA and in Europe. 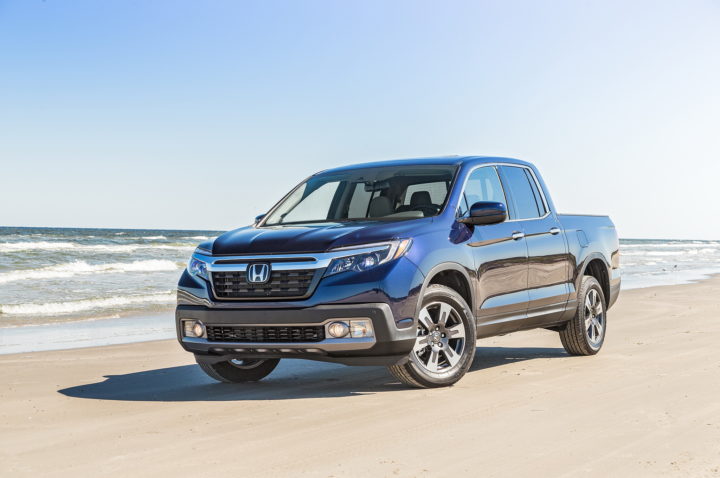 Honda unveiled the second generation of its popular pickup truck Ridgeline at the 2016 North American Auto Show. The truck attracted much attention with its upscale cabin that would be suitable for any business sedan, plenty of room in both front and rear seats and sophisticated trim levels. When it comes to the ride, there is simply no competition in the class. Eyes closed you will hardly tell the truck from a comfortable sedan. Smooth and composed suspension is not what you normally expect from a pickup.

The standard V6 beats most rivals offering four cylinders as a base, such as Chevrolet Colorado or Toyota Tacoma, while the front-wheel drive is not a common feature in the class. There are plenty of options for the bed, such as multi-speaker audio system, in-bed trunk, dual-action tailgate and more. However, Honda Ridgeline does not boast the best towing capability in the class. 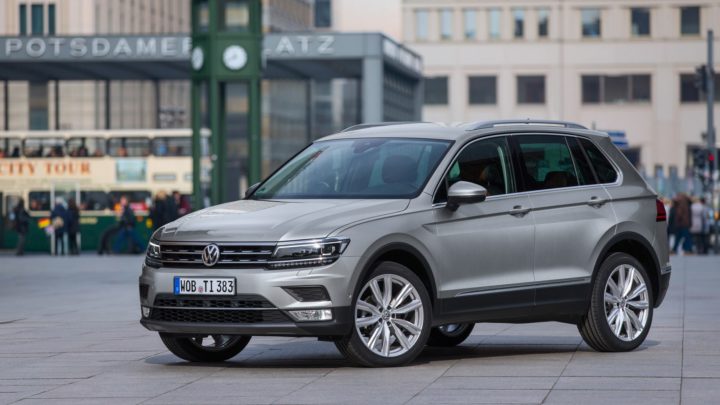 Volkswagen fortunes in the USA may have been shaken by recent emissions scandal, but they still produce great cars, and the second generation of popular SUV Tiguan that debuted at Frankfurt IAA in 2016 is the evidence. The previous Tiguan was a solid vehicle with enjoyable specifications and driving character, but had modest exterior and average interior. The new generation Tiguan received quality interior with upscale materials and masculine body.

It also became longer and wider, adding some space for passengers. The SUV will be equipped with turbocharged four-cylinder engines and eight-shift automatic transmission. It has not been tested in the USA yet, but there is no doubt it will be driven better than most Japanese and American rivals. Prices are expected to start from $30,000. 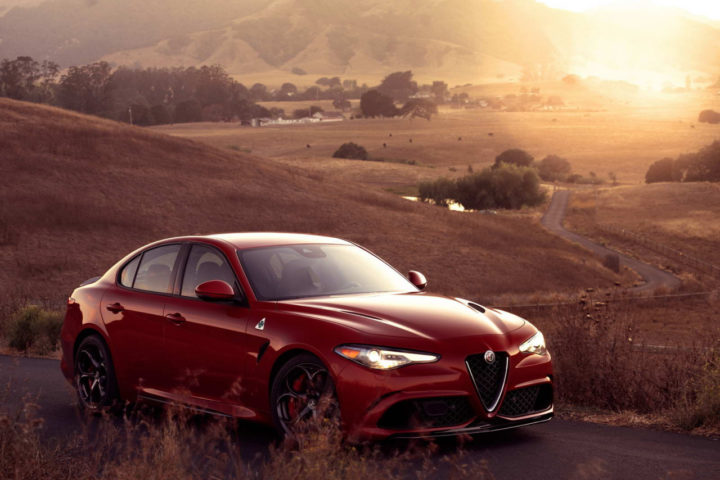 Yes, Alfa Romeo is back in the USA. And yes, they’ve created a sedan that might break the deadlock for the brand. Please, welcome the all-new Alfa Romeo Giulia, a masterpiece of Italian design and engineering. Introduced for North American market at 2016 New York International Auto Show, Giulia is only available with two engines, but make no mistake — both of them are a statement. The standard sedan comes with 2.0 L turbocharged gasoline engine delivering 276 hp and eight-speed automatic transmission.

However, it is the top-of-the-range Quadrifoglio (Clover) version that makes the rear-wheel drive sedan unique. The 2.9 L twin-turbocharged V6 engine developed by Ferrari delivers over 500 hp, making it the most powerful sedan on the market. High-quality interior and a host of electronic assistants complement the incredible powertrain and sharp chassis to make Giulia the most amazing sedan introduced in 2016. 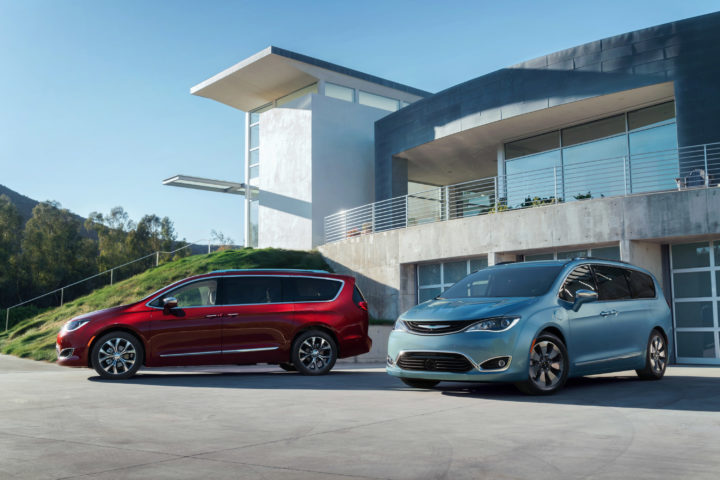 Being part of FCA US, Chrysler has not been particularly well in the past few years, with its lineup reduced to just two models. However, in 2016 the brand managed to pull out an outstanding minivan Chrysler Pacifica, unrelated to the previous generation crossover. The vehicle is available with a V6 gasoline engine or hybrid powertrain. The latter one is equipped with 16 kWh Lithium-ion battery placed under the passenger seats and can cover up to 33 miles on electricity alone. It is easily the most fuel efficient minivan in the USA.

Apart from that, the all-new Chrysler Pacifica has quiet, comfortable interior and smart Stow ’n Go seat adjusting system. With the prices starting from $28,000 Chrysler Pacifica is setting new standards in the class and has big chances of becoming the most popular minivan in North America. 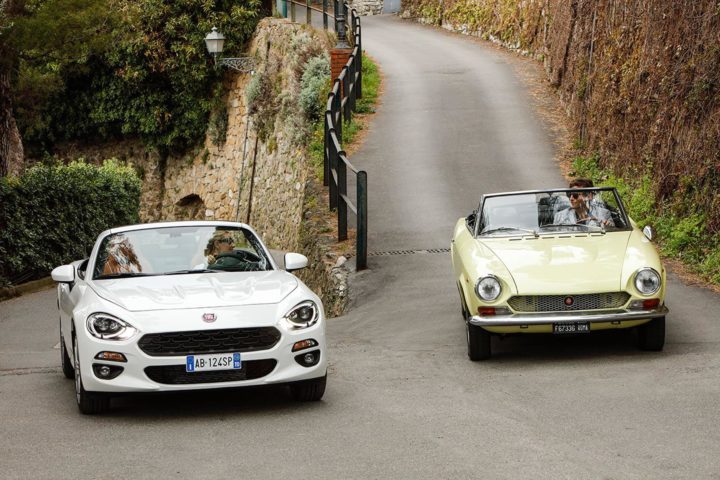 It looks like Fiat means to stay in America this time around and take its share of the big market. Since taking over Chrysler the Italian giant has provided platforms and engineering for a number of local cars and has introduced their own successful models. In 2016 Fiat presented its sexy 124 Spider roadster, basically a redesigned Mazda Miata. The two cars are built in the same factory and share platforms, interior and other parts.

However, 124 Spider is powered by a completely new Italian turbocharged 1.4 L Multiair engine, which is spicier than any of the two SkyActiv engines available for Miata. Fiat is also slightly larger and provides a little bit more space for luggage. With its chic looks and easy to fix soft-top Fiat 124 Spider is undoubtedly the coolest convertible on US market in 2016. 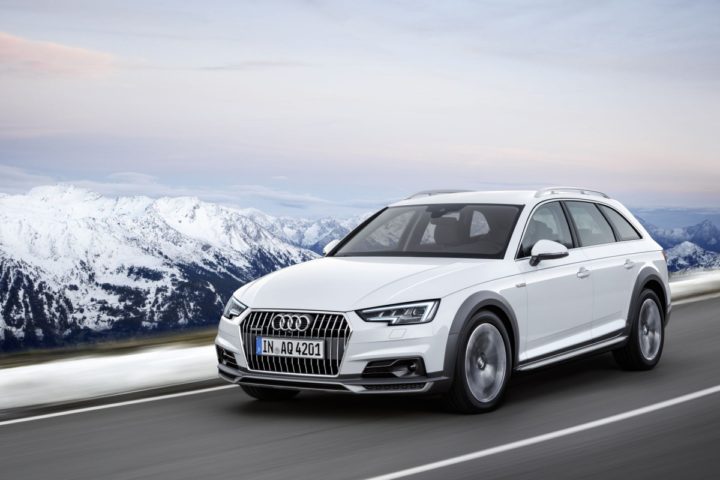 While crossovers and SUVs dominate North American market these days, there are not many station wagons left to choose from. Of those emerging in 2016 we believe there is no competition with Audi A4 Allroad. Based on the new generation of Audi A4 that debuted last year, Allroad features classy interior with standard leather seats, brilliant MMI infotainment system, virtual dashboard and upscale materials.

While driving you’ll enjoy powerful turbo engines, precise steering and sporty chassis. However, Audi Allroad has always been notable for its off-road abilities and the new generation is no exception. It comes with all-wheel drive Quattro system and can be equipped with adaptive suspension depending on the trim. All this, combined with plenty of cargo space, makes Audi A4 Allroad the perfect station wagon. 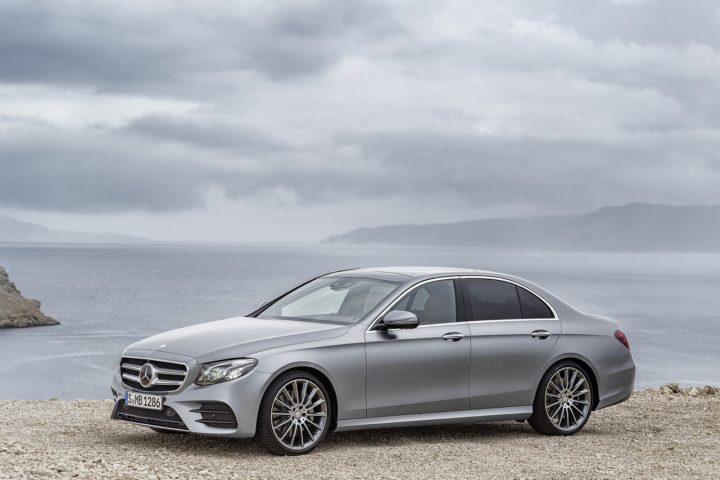 There is tough competition in business class segment and some truly amazing cars were presented in 2016. Volvo S90 would have easily won the award but Mercedes-Benz unveiled the new generation of E-Class at the 2016 North American Auto Show and proved they are still hard to reach in the class. Branded as a smaller copy of the new S-Class, the new business sedan nurtures the owner with exquisite materials, the latest technologies and unmatched feel of wealth.

Abundance of safety options and the car’s ability to drive itself approach us to the future where you don’t need to hassle about the traffic, but relax in a quiet harmony of comfort and smooth ride. The rivals will have to work hard to catch up with Mercedes-Benz E-Class and BMW is already lining up the new 5-Series. However, their perennial rivals from Stuttgart get the credit for 2016 premier. 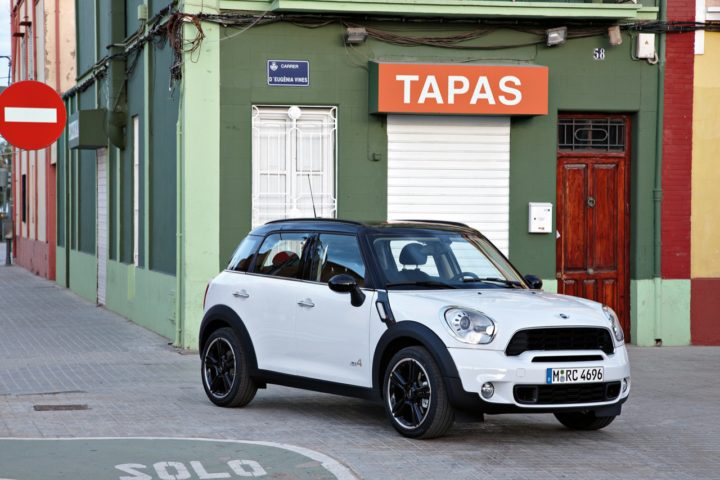 Some might call it a subcompact SUV, but let’s not get fooled — it’s a hatchback with optional all-wheel drive. What you can’t deny is Countryman’s unmatched style, something that finds it thousands of owners around the world. The second generation was only revealed in November 2016 at LA Auto Show and turned out to be longer and wider than the previous one, becoming the biggest MINI ever!

It is now offered with 1.5 L and 2.0 L turbocharged engines made by BMW, while top of the range plug-in hybrid version will be complemented with electric motor, delivering the total of 221 hp and 284 lb·ft of torque. All trim levels include panoramic sunroof, keyless entry system, rear-view camera, 17” alloy wheels and much more. There is hardly any other option on the market providing that much style, driving pleasure and top-notch equipment as the new 2017 MINI Countryman. 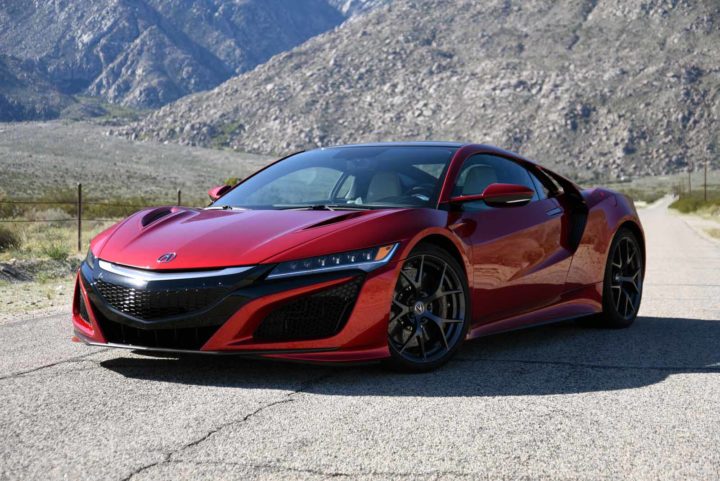 Although officially unveiled in 2015, the second generation of Acura NSX only went into production this year, so here it is — our best sports car 2016. The official Acura website says NSX turns heads and sets hearts racing, and it’s hard to disagree. Succeeding the original model that has become classic, the new NSX embraced the best of modern technologies and mixed it up with raw power to deliver unparalleled driving experience. The two-seat coupe is powered by a 3.5 L Twin-Turbo V6 and three electric motors, providing almost 600 hp. Combined with 9-speed dual-clutch transmission, this powertrain accelerates NSX from 0 to 62 mph in just 2.9 seconds and makes it reach the top speed of 191 mph. In Europe NSX is coupe is marketed under Honda brand.

Some of the vehicles we’ve mentioned are established nameplates that evolve with every generation, such as Mercedes-Benz E-Class. Others have been developed in recent years to comply with market needs, Chevrolet Bolt being a vivid example. However, there is enormous competition in all car classes and all of our picks are truly amazing creations of automotive engineering and design and here is no doubt they will find thousands of owners in 2017 and inspire other manufacturers.